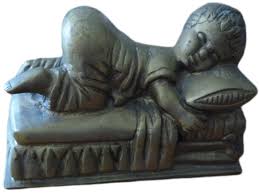 I should have listened but, I was tired and didn’t want to get up again.  The cries in the night are not unusual for an active-minded child.  Well, that’s what the psychologist told us.  “Go back to sleep, honey!” my wife said to me at 2:02 a.m.  Yeah, 2:02 will forever haunt me.

You see our six-year old daughter was a sleepwalker, night talker and screamer.  Often, I would wake up to a small figure cuddling close to me in the wee hours of the morning.  I’d typically throw an arm around the child and go back to sleep.  On this night, however, she only screamed, and my wife and I decided to give it a few minutes before I got up to go comfort her.  She always slept through her nightmares, and she never remembered them the next morning.

This one time… Oh God!  This one time I let here scream more than usual, and even the abruptness of her stopping should have warned me something was different.  It wasn’t until the next morning when I went to her room to wake her that reality hit me.  My sweet daughter was gone, and I knew in an instant I would never see her again.

I was still crumpled on the floor crying when my wife came to check on us and see what the hold up was.  Upon seeing what I saw – she too crumpled.  After a time, we managed to get up and discuss where we had gone wrong.

The old stone-carved idol we had found on our vacation to the Grand Canyon lay where our daughter should have been lying in sweet slumber.  The old figurine that once occupied its countenance had changed to that of a young girl.  I guess the old Native American man wasn’t joking with us after all.

The constant thump, thump, thumping was making him crazy.  “What in the world is that incessant noise?” he thought.  The sky was clear except for heat lightning playing tag in the distance over the gulf waters.  “Well, it’s not thunder!  I’m never going to get any rest at this rate.  Ugh!”

Slowly, the thumping slowed.  He was drifting off in fond memories of fishing with his dad, then his kids, and then his grandkids.  “Life has been such a blessing,” he thought to himself.  A smile played across his face. “I’m so tired!”

There, in the room, by his bedside, his children and a few of the grandchildren watched this transformation happening on the sweet old man’s face.  “What’s he thinking about, dad?” one of the grandkids asked.  “Well, if I know my daddy, he’s thinking about fishing.” Came the reply.  “Gosh, I haven’t seen him smile in a long time!” replied another.

There was a deep breath from the bed, a long, slow exhalation, then nothing more.  A nurse, who’d been sitting on one side of the bed, placed her stethoscope on the man’s chest, over his heart.  After a few moments, she looked up with tears of compassion in her eyes and made the announcement.  All those present let out a cumulative breath that they didn’t realize they’d been holding.

After a few minutes of sniffling and quite sobs the eldest son bowed his head and thanked God for this beautiful, wonderful man that he called dad.  Then, the youngest grandchild whispered these words, “I hope you catch a lot today, grandpa.  I already miss you!  Good luck!” 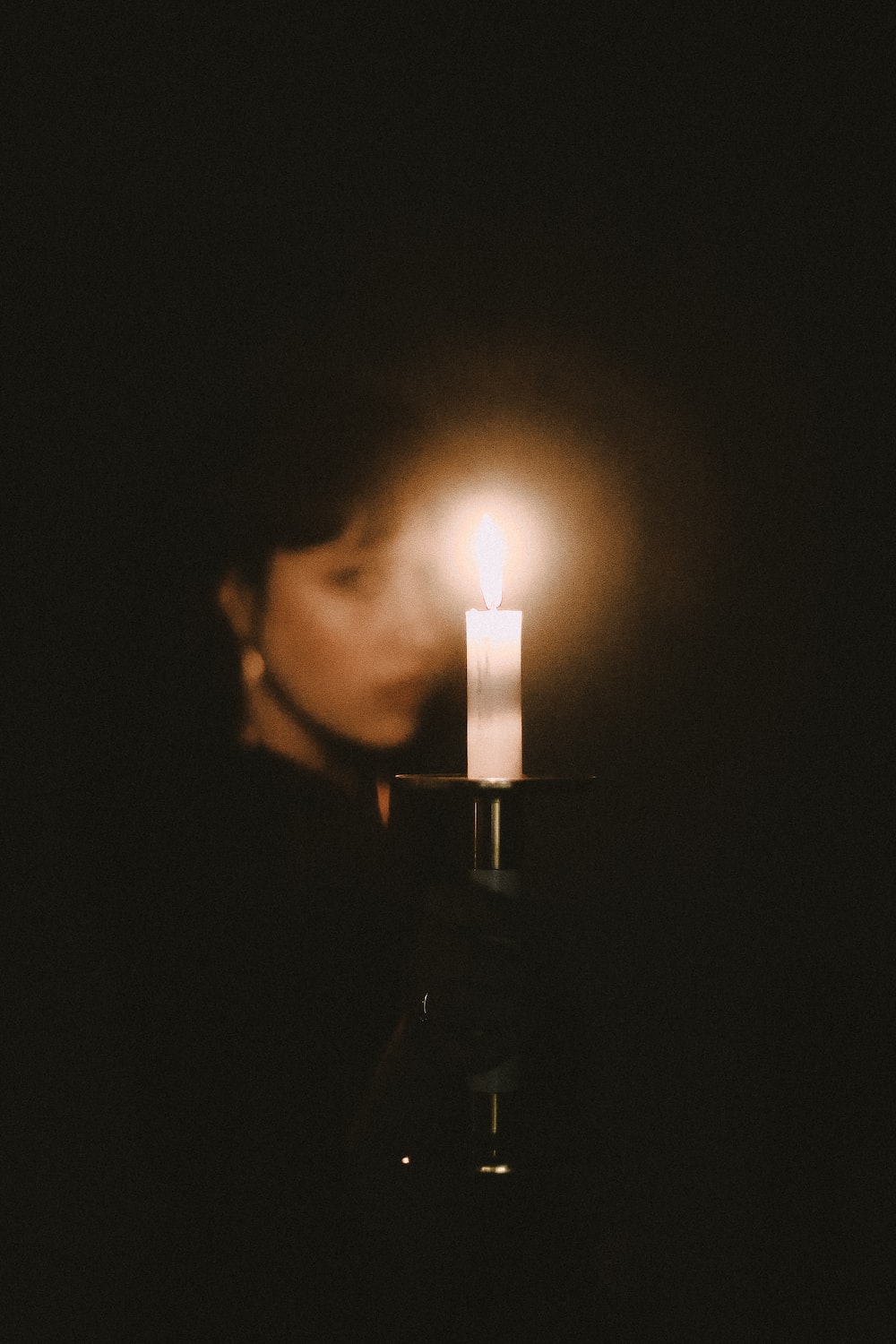 Showed me the way

So, eerie the light

With its ethereal sway

Sprang to my mind

As I make my way down

To the basement to find

I take a deep breath

And rethink my cause

Perhaps on the morrow

When the sun shines its light

I will finish my chore

‘Cause, I’m done for tonight

Not long after the sun sets and the moon begins her celestial climb they too begin their climb.  A climb from deep within the burrows, which go unnoticed during the day, but could never be missed in the night.

Calciarites, with their distinctive appearance of long, filthy fur, and unmistakable height, make their nightly foraging run around the forests, parks and abandoned neighborhoods along the old polluted rivers.  Though mankind is now aware of the existence of the Calciarites, they have no idea of what, if anything, to do about them.

It was believed that these creatures were extinct, but the carcass of one discovered near an old southern town, by a dried-out riverbed early in the 2120’s ended that thought.  No, these creatures, for whatever reason, had reappeared.

Theory holds that when the once mighty Mississippi river, all but dried up now, lost her claim to the land it forced the creatures to leave their apparent, underground homes.  Now, they again make the surface their playground.

Contact made:  Air is abnormally unhealthy in the southern part of the states.  However, that doesn’t stop certain elements of the population from “exploring” the area.  This is how confirmation of the Calciarites was solidified.

A group of young “explorers’” found the carcass of one of the creatures, and took live videos, which in turn were fed across the Intercontinental Network of Nations (INoN).  People from around the globe bore witness to what happened.

The video serves as a lasting reminder that the Calciarites don’t only come out at night to forage.  The young men were never seen again.

Placed upon thy fair countenance?

Was not your prince,

Enough for your virtue?

Be cast off his princess

With its superciliousness visage.

Alas, the bite of one’s own blade

Did bring dishonor upon our house.

A small remnant of fear holds me

Yet in my dreams I can see the light

Solace stands within my grasp

But I close my eyes afraid to fight

What shadow is this that accosts me

As I near the end of my days

And pierce me through the haze

I steady my faltering breath

Alas, the time is finally here

And I face the face of death

When the monsters came I was not prepared.  Even my granddaughter had the right idea when she told her mommy, “When the bad guys come in the night, I will punch them!”  Yeah, I should have heeded the three-year old’s advice.

Too late!  I didn’t turn on the light when I reached under the bed and the monster got me!  So much for being brave.  My only salvation is that I screamed like a woman (not an attractive sound for a man in his mid-50’s), and my wife jumped out of bed and turned on the light.

“What the heck is going on?” she queried.  “Umm… I… umm… I thought I was being grabbed by a monster under the bed!” I managed to squeak out.  “Bad guys in the night?  Buahahahahaha!  Get in this bed and go to sleep!  I have a long day tomorrow.”

Needless to say, after a few minutes, the bed was giggling from the laughter that was unsuccessfully, under great attempts to be quelled.  You know what I mean!

No, it was not a good night for sleep!  Maybe tonight!

Limbo came to haunt my dreams

In iridescent blues and greens

Escape, futile while chained in place

Bogging down further during the race

The ball is heavy

Thoroughly testing all my will

Reflection I see in the mirror of time

Contorted and strained is every line

My voice is silent

I try to yell

Never shall I elude this hell

Breaking point, I shall not die

Some glimmer of hope touches my eye

No longer asleep to wake up dead

My dear friend Stu invited me to participate in Tell The Story Challenge II.

The rules are simple:
Present a picture, and then tell the story about it. It can be as short or as long as you like. Nominate at least 3 people to write a story based on any of the pictures you choose to share.

Here is my take on the picture I chose:

“It will be fun and relaxing, they said!”

“You don’t really believe in sea monsters, do you?”

Below are the pictures I’ve chosen for my nominees. Please feel free to join in the fun if you are reading this.

She had it planned out perfectly. Walmart was rarely crowded at this time of day, and her list of items would fill only half of her grocery cart/buggy.

As she approached the checkout lines, however, her macrophobia kicked into high gear. There was only one register open…